Following the agreement between the Trump government and the Republican Alliance (the ruling AKP/MHP government), a military operation began in the north of Syria, which has been devastated by 8 years of war.

The Revolutionary Socialist Workers' Party (DSIP) believes that all the relations about Syria should be built on a peaceful basis, in the manner that will pave the way for the Syrian peoples to determine their own destiny.

We should remember how, in the same way, it was peace process policies on the Kurdish question, from the beginning of 2013 to mid-2015, that ended the conflicts and deaths and contributed to the development of peace in Kurdish areas.

On the contrary, it is clear what the change in state and government policies since the summer of 2015 has led to. Once more we stress that as well as the suffering caused by the conflicts, there is a danger of creating sharp divisions among the peoples living in this geography.

In short, we argue that Operation Spring of Peace is no solution and that peaceful policies focusing on dialogue and solutions should be implemented in order that Turks, Kurds and all the peoples of the region can establish a common future.

Instead, the government leadership advocates the return of refugees to justify the operation, saying that they are aware of the “social, cultural and economic problems” created by refugees.

These and similar statements that claim refugees are the source of problems in society pose a great threat to the safety of millions of people.

Refugees are not the source of problems such as economic crisis, the rising cost of living and unemployment. It is the greedy capitalists and the politicians who protect them. Social and economic problems in society cannot be solved by deporting refugees; but they can be solved by implementing policies in favor of laborers and the poor like prohibition of layoffs, increased taxes on bosses, and the abolition of strike bans.

According to the Universal Declaration of Human Rights, people have the right to flee oppression, persecution and war and to be accepted where they settle. Any attempt to send refugees to places against their will is a violation of human rights.

We call on everyone who advocates for life and wants a better future to support peace and dialogue rather than military options and to stand in solidarity with refugees against racism and forced returns.

Noone loses in peace!

Only the unity of workers can stop war and racism.

Translated from Turkish by Carol Williams 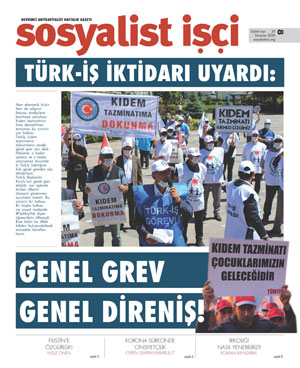 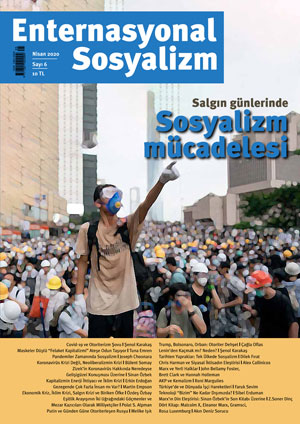